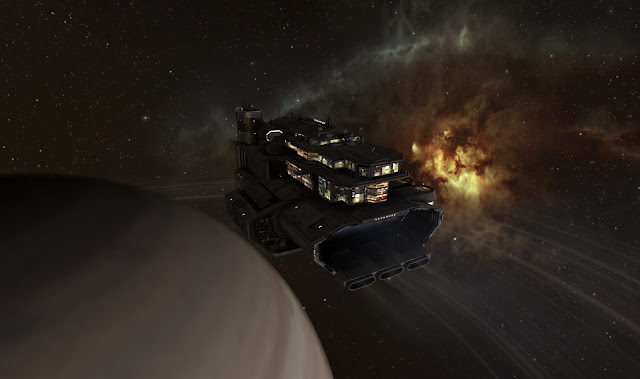 The Caldari Navy Outpost in Z-RFE3 solar system, designated “CNO Griffin Door” is the smallest populated station with only a few hundred thousand. But thanks to the numerous asteroid belts in the system and upgraded sensors for detecting hidden mining belts, Z-RFE3 is the most popular place to be if you are a miner by heart. The rough looking outpost is a minmatar designed refinery station and has seen its share of battles. One of the first to be built in the area time has started to take out its rights, the inside looks slightly better than the outside, and some of the more not so picky capsuleers enjoys a session or two in the bars on the station. Today many repairs are under way to keep the station operational and give both alliance members and other consumers the opportunity to make good ISK on the ore found in the system. Many capsuleers have made Z-RFE3 there second home from that of 3KB-J0.

The station is named after the CEO of Allied Investments and Holdings Corporation Mr. Griffin Door. He made a strong argument in the early days of the Districts developments in the constellation that many saw that he deserved to give his name to the station. The giant gas planet is just one of eight planets that of course also give a solar system more material for the alliance to use. Z-RFE3 is one of the major contributors for the alliance and it’s important that it continues to be a major hot spot for miners.
Newer Post Older Post Home