Second day and third day had three main things on the schedule: PVP preparations, Alliance panel discussion and the EVE 10th anniversary concert. This was a truly awesome event, which can't really be fully appreciated not seeing it live. We had good spots in the central area only eight meters from the stage. Really good piece of music from the EVE universe. A bit negative was the camera arm that kept coming into the picture all the time. 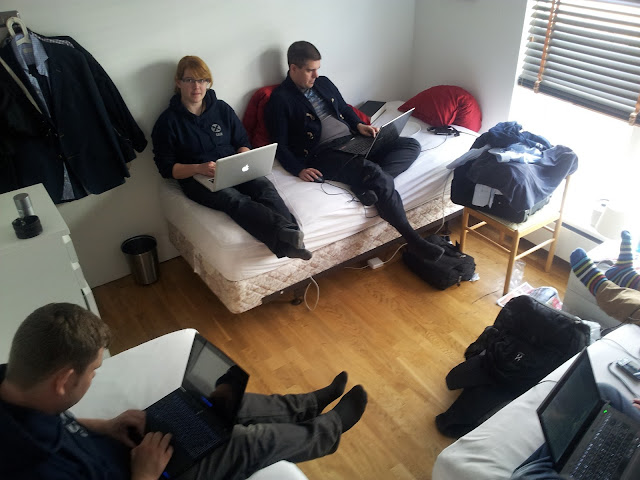 Earlier that day before the concert Ladel decided that we needed some fleet work so we joined in a CVA POS operation. Even got our great Admiral Trony to undock.


The PVP tournamnt did not go as planned, we went out the from the first match, the setup for the tournament was better than before as the tournament had Alliance tournament rules of 50 points. So rest of the days was going to different round tables of District members choice. Factional warfare round table was on the light side, and most of us left early. The Live Event round table was for some not meet with any surprise. CCP seems to focus the attention on one faction at the time, and lately alot have been on Caldari. But CCP has seen that Live Events can bring something to EVE so we might see alot of it in the future. Storyline table was working on to tie up lose ends, which must be a daunting task. At least they should not create new ones would be a good step. There was inconsistencies that was brought up, one was about soft-clones what seems to have been used in stories but could not be in some cases. They are illegal but seems to have been used in some stories. And yeah Heth is angry about the loss of the Caldari Titan, no surprise there, poor him.