A big surprise was the Oculus Rift fighter game that visitors of Fanfest got to try out, a big awesome add-on for EVE online. And it should not be any surprise that Admiral Ladel Teravada fighting for the Amarr Empire got on the top score on his game, not once but three time out of three. The feeling was really good and you really felt that you were sitting in a fighter cockpit from a carrier in EVE. The proportion of you body and the virtual image was a good fit and the movement from you head really felt natural. Simply awesome! and of course missiles, missiles and more missiles. 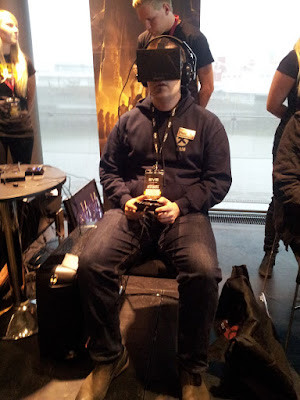