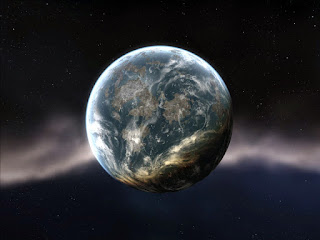 Just yesterday District News Service received the information that the negotiation between Fourth District and the Aurora Arcology thats started last year has been set in motion. Shortly we will se the first part of a 4 stages plan to increase the population on Ayem in I-MGAB with 10 000 new colonists. This will hopefully bring prosperity and a more life full activity in the solar system. The goal is at the end of the year the colony will host a population of 100 000 inhabitants, with a full function social system and a well developed economy.

We hope that we soon will have a "on site" report on the ongoing work.

We wish Fourth District and Aurora Arcology all the best, safe winds and good luck.

After months of negotiations, a development plan for the expansion of the Ayem colony has been agreed on by 4TH District & Aurora Arcology. The old plan proposed a few months ago has been altered slightly (Datafile: Future development of Ayem Colony)
The development will happen in 4 phases. The first phase will focus on expanding existing colony infrastructure & build additional infrastructure as well. In this phase a large group of workmen will be sent down to assure rapid development. Once this is done, the second phase will start which focuses on expanding the colony population by moving willing citizens from the Arcology project to the Ayem colony.
Approximately 30.000 or more colonists will arrive during this phase, reinforcing the existing population & operate the new facilities established. Phases 3 & 4 will focus on the full integration of the additional colonists & solidify the future of the colony & it's population

The recent report of 4TH District official Demion Samenel revealed something good concerning the current colony. It turns out there's more original settlers than expected. The total original population is now estimated around 20.000! This is good news as this means more local workers can be recruited for the Ayem colony expansion.

The first 5.000 workers from Aurora Arcology have recently arrived and 5.000 more will be expected to join them in the coming week. After they are settled in the workcamp, their first focus will be expanding the subterranean sections of the colony. This is required as the planet is very mountainous, hence flat land is rare and reserved for agriculture.
Once the subterranean sections are ready, the workers will focus on expanding the various industries and increase food production.
This will be achieved by prospecting for ore deposits & other resources to be used in the upcoming factories that will support the local economy & population. Enhancing food production will be done by expanding the farms & import additional livestock. Increasing the size of the fishing fleet will also be looked into

During this month, buy orders for Livestock, Robotics & Construction Blocks will appear in the I-MGAB system, allowing capsuleers to help out by supplying materials.

What will the near future bring?

Once the initial infrastructure expansion is done, the way is free for the first large waves of immigrants. It is expected that the colony will be able to support a population double it's size once phase 1 is over.
Plans are also drawn up to send the first security detachments with these arrivals to guarantee their safety, but also to combat crime. Negotiations with 4TH District concering these security forces are in a final phase and no problems are expected.

For those who like to assist, you can! 4TH District looks for additional corporations to develop their planets. Additional PI deployments on planet Ayem ( I-MGAB II)will help in boosting the local economy, attracting more settlers & increasing revenue, allowing the colony to expand further.
Newer Post Older Post Home