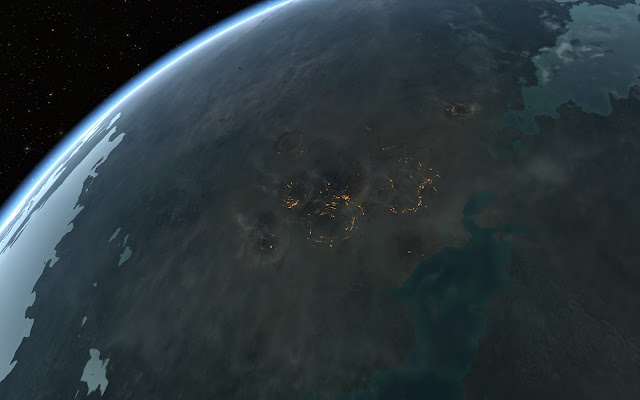 After the dust settled, after the days of clashes between Caldari and Federation ground force around the city of Arcurio, there is a chilling silence. From space one can gaze upon the tremendous devastation that Leviathan class titan has inflicted on the ground of Caldari Prime. A silence swept trough the State, when many asked themselves what will happens next? The silence was dwarfed in comparison to the cheering of Gallente federation citizen that celebrated the destruction of the Titan. Only after a few days the silence was broken and Ishukone Corporation the initiative and open negotiation with the Federation senate, to be allowed to send supplies to the Caldari on the planet.