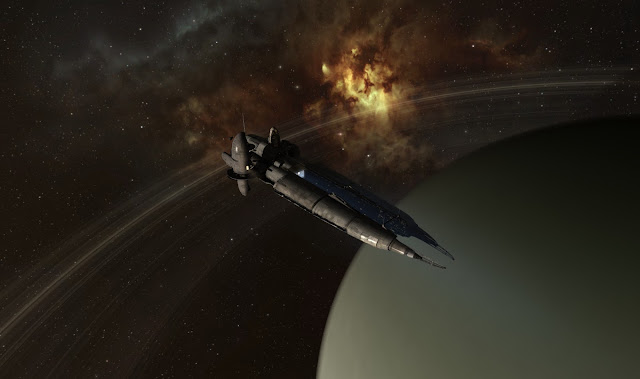 The station CNO Kimotoro Dreams, named after the alliance Kimotoro Directive, which was a second attempt of a Caldari capsuleer alliance. It lasted sadly not more than a few months back in YC 108, but the dream of a Caldari alliance never went away, and today it resides within the Fourth District. The station, of an Amarrian design, so suitable named is a factory outpost and fits with the idea of “building of a Caldari alliance” so well. It hosts the second smallest population of the outposts in the District, with just a few hundred thousand employees and their families.

The station is today the main production hub of the District, and its increased production lines has come to much use, both supplying the District with variety of ships and modules and the region at large, making it one of the most primed stations around the region. Attracting capsuleers from every corner of Providence. It is placed over a large gas planet in 3D-CQU solar system, providing a large quantity of different gases.

Fourth District corporation Lai Dai Infinity Systems has made the station its prime production hub, providing only the best of T2 modules, systems and ships. If you are interested to help the development of the District, this station is a great way to do so.