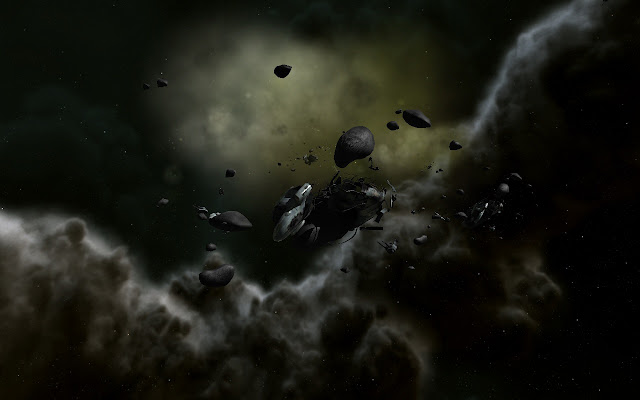 He arrived too late.

The urgent summons from the agent, and even more urgent request to hurry to the ambush site had done nothing to save the crew of the two convoy ships. He passed under their blackened hulls, a profound sense of disquiet filling him as he navigated through the debris and the remains that had once been the ship’s crew. He shut off the synthesizers - a moment of silence the only gesture he could offer - and set his ship on a course back to the agent's station. It would not be good news he would bear.