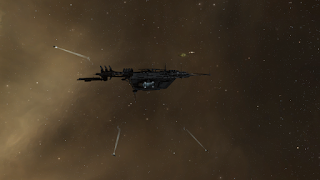 Station personnel in Port Larren station in I-MGAB was this evening surrounded by three unclassified vessels known as Circadian Seekers by scientists. They where engaging what was noted as "surface to structure deep scanning"of Port Larren station. No success was met with communicating with the vessels others than faint signal of unknown origin. Finally a order was given to eliminate them due to the unknown origin on to what structure scanned that they gathered where to be used as. They did not engage back but all three was not eliminated and one escaped the engagement no sign of the vessels could be found and from the remaining wreckage nothing useful could be salvaged other than alloys that now I have been sent for analysis.

This is the second day that this kind of behavior has been sited in I-MGAB and Fourth District Military Command has stepped up its presence in I-MGAB.